More money to protect the environment? European organizations appeal to the EU

At least one percent of the EU budget for LIFE, such support is requested by European NGOs. This is due to the under-financing of environmental protection within the EU compared to previous proclamations. Arnika has joined the international challenge, which is focused on the year 2020.

The draft of European non-governmental and non-profit organizations is a response to the declared strengthening of the fight against environmental challenges within the EU. However, according to the authors of the international call, these promising statements have not been appropriately projected in funding from the European LIFE Programme. It is an essential element of the Union in promoting sustainable economic development, biodiversity and nature conservation. However, without an increase in resources, this program will not be able to effectively support, for example, the fight against climate change.

“I am convinced that the current shape of the EU budget is inadequately responsive to European and global environmental challenges and is in contradiction with the EU's commitments and international policy on the protection of the environment, the halt to natural disasters and the fight against and adaptation to climate change,” justifying its appeal the NGOs representatives. 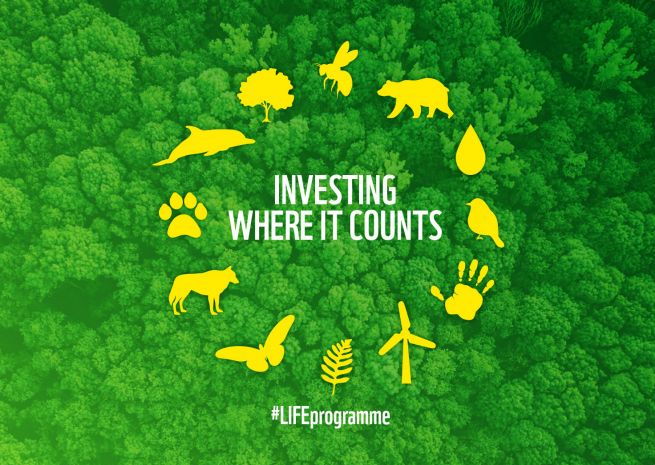 Investing where it counts
The European Commission will deal with the draft of EU budget at the beginning of May. Negotiations will then take place between the Commission and the Member States, where will also be discussed the proposal for possible modifications of LIFE. Publication of the conclusions of the negotiations is expected at the end of May.

“The Commission has recently stated that climate change is one of the major challenges Europe has to face. One of the reasons for not succeeding in pushing for effective change is the underfinancing,” explains Martin Skalský the Chairman of Arnika why the Czech NGO added the signature under the invitation. “At this time it is being decided whether we will be able to curb the deepening of ecological debt in the future,” continues Skalský.

Next to Arnika other Czech organizations, who signed the call, are Hnutí DUHA, the Czech Ornithological Society, the Czech Union for Nature Conservation or ČSOP Vlašim.

According to information on the websites administered by the Czech Ministry of the Environment, the LIFE funding for the 2014-2020 period amounts to approximately EUR 3.46 billion. According to data from 2017, the Fund's activities have a strong positive impact on the social and economic development of the states.

The LIFE program was launched in 1992. It is an EU financial instrument for the environment and the climate serves to support and develop environmental legislation. From its budget supports specific initiatives in individual countries or the EU. Thanks to it, Arnika is now part of the European project, which fights against toxic substances in consumer products. These can, unfortunately, be found, for example, in toys and cosmetics or in children's bike helmets.

Further reading:
The EU must dedicate at least 1% of its budget to the LIFE programme to better protect our nature and climate
EU budget lacks ambition to address climate challenges and sustainability, says EEB

Tweet
More in this category: « Year of the river keepers. People have been guarding for 365 days We're organizing seminars on air pollution in the industrial cities of Ukraine »
back to top

FOREVER CHEMICALS ROUND AND ROUND: Contamination of water bodies with perfluorinated substances and brominated flame retardants in the Prague area